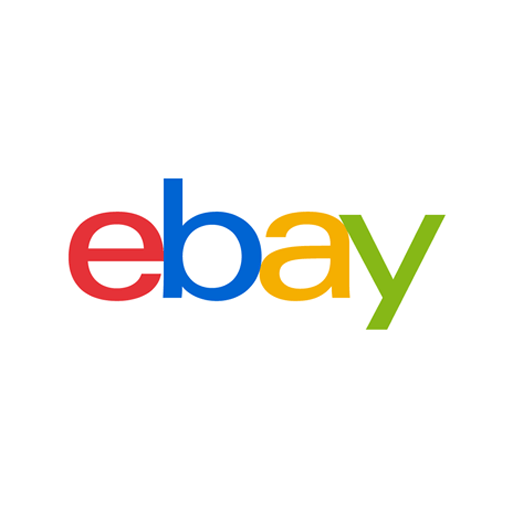 Enter a Ebay tracking number to track your package

How to track my Ebay package?

Ebay package tracking is easy with Ordertracker, all you have to do is to paste your tracking number in the above field to track a package or go to the track my package section. We provide you with the most powerful parcel tracking system for any post office. Ordertracker accepts any international tracking number, it is an universal tracking website to track a parcel on a global level such as "track my parcel" with accurate informations about your shipment.

Ebay courier ships to many countries around the world and you can track all packages that are sent through this courier on this site with just a few clicks. When a package is sent to you, the sender must provide you with a tracking number which will then be used on this site to know the status of your delivery and the location of your mail or package.

How long does it take to deliver eBay ?

Shipping methods and delivery times therefore depend mainly on the location of the seller, the type of package (its weight, size) and its destination.

eBay does not have its own product delivery system, it is a platform linking seller and buyer. It is up to the seller to offer one or more shipping methods and to inform customers about the estimated times for the delivery of the products.

eBay' s partner carriers operate, depending on the destination, by land (road or rail), sea and air. The fastest shipping methods, often by air, are also the most expensive.

The final destination plays an essential role for delivery times, the most rural areas are those for which the delay will be the longest.

For international shipments, eBay has created the GSP or Global Shipping Program that facilitates deliveries from the United States or the United Kingdom. Deliveries are often made in this case by Pitney Bowes. Departing from China, packages are often handled by local services such as China Post, China EMS ePacket.

Sellers who sign up for the GSP program can simplify their shipping and delivery services. Once the item is settled, the seller sends the package to the nearest sorting center in the United States or the United Kingdom. It will then be processed for shipment to the destination country, globally within a week. GSP allows for faster shipments and priority delivery to abroad.

Once processed by GSP, the package is handed over to Pitney Bowes and then one of its partners for delivery to its destination.

There are several major carriers depending on the destination:

The registered office of the eBay company is based in the United States at the following address:

Customer service can be reached at the following number:

eBay is a global leader in e-commerce, the platform connects millions of sellers and buyers in 190 markets around the world.

The company is based in San Jose, California and specializes in direct online sales, from consumer to consumer and from business to consumer.

eBay is an online sales site created in 1995 by Pierre Omidyar, a computer scientist of Iranian origin, born in Paris, who grew up in the United States at the age of 6. Originally known as AuctionWeb, the site offered auctions. The story goes that the creator Omidyar would have contacted the winner of an auction of a broken laser pointer, in order to understand his approach to obtaining a damaged item. The buyer explains that he collects precisely broken laser pointers.

According to legend, AuctionWeb, which became eBay in 1997, was created to make it easier for P. Omidyar 's wife to find Pez candy dispensers for her collection.

eBay is now one of the largest international e-commerce marketplaces, which connects sellers and buyers for the sale of a wide selection of items. On eBay you can find all types of products including fashion accessories, games, toys, ready-to-wear, electronic and computer equipment, furniture, decoration, household appliances, office equipment and video games among others. Sellers can be individuals or businesses and are rated and commented on by consumers.

Any product or item may be auctioned on the site eBay as long as it is not illegal and does not violate the company's prohibited product restrictions conditions.

eBay is the forerunner of many E-commerce sales platforms, especially Aliexpress or Cdiscount.

The site is one of the pioneers to offer new online sales systems, especially via silent auctions where consumers can bid on products in competition with other buyers. The site also makes it possible to set a maximum price so that auctions are facilitated without causing expenses beyond the means of users.

eBay has no internal logistics system and does not deliver packages, the company operates with a significant network of partnerships with international carriers. The seller must inform the buyer of the service used and the estimated delivery time for the proposed item.

The choice of carrier often depends on the destination of the shipment, as well as the weight and size of the package.

eBay also allows the trade of services and intangible assets, large international companies offer their services via eBay, this is particularly the case ofIBM.

The principle ofeBay is simple, a seller can put an ad for an item with its description, photos and delivery information and indicate an end date for the sale. Potential buyers will be able to bid on the product and the consumer who bids the most at the end of the sale wins the item. It is possible for the seller to propose a starting price, to leave the starting price at 1€, or to set a sale price.

The success ofeBay can be explained for several reasons, first of all because the platform allows you to find many used, rare, old or collectible objects. Second-hand products can also be offered at a minimum price compared to commercial prices. The site is widely used for cultural products, including books, video games, DVDs.

eBay also has the particularity of offering products sold by individuals as well as by professionals, which expands the range of choices.

eBay also makes it possible to have products delivered at home or to a relay point, without having to go to the store, which is a real asset for any customer who is not very mobile, or who lives far from physical shops.

eBay is also popular because its system allows people to part with objects that clutter them, instead of throwing them away, they can resell them and make a profit.

Finally, the guarantee of security during transactions between seller and buyer is one of the strong points of the site. Payments are made via the site, by several methods including Paypal, by bank transfer or credit card. When he wins a sale, the buyer has a maximum of 4 days to pay for his item. Upon receipt of payment, the seller can prepare the shipment.

In the event of a dispute, if the seller does not send the product, or if it does not reach the customer, or if the item does not match its description, it is possible to obtain a refund.

These guarantees make it possible to reassure users when shopping on eBay compared to other systems of sale between individuals.

The tracking number of a eBay delivery

Depending on the partner carriers, the tracking formats are different: